As enterprises have workforce located across the globe, it becomes imperative to have the right technology and tools to enable collaboration and relationship building.

The workforce has gone global, and the potential unleashed by this change is unprecedented. We were already headed down this path, but the pandemic accelerated the trend, prompting us to rethink how we work--it was one small, unexpected blessing amidst the immense tragedy of COVID-19. Remote work was a novelty offered by some forward-thinking companies; now, it’s the standard.

This upheaval has benefits, especially in the domain of talent acquisition. Enterprises aren’t limited by the boundaries of postal codes or even country lines. Talent from around the country and the world can provide their skills and fresh perspectives to organizations that might otherwise stagnate.

However, realizing this potential isn’t trivial. According to a report by Igloo, 70% of remote workers feel left out. It’s not enough to reward your talent with an appropriate wage if you want their best performance. Efforts must be made to preserve the team spirit that comes from physical proximity.

This also goes for a global clientele. Many business relationships can be conducted passably well over a conference call, and, during the pandemic, it had to be this way. But, to date, there’s been no truly effective substitute for the intimacy and trust generated by a conversation in physical space.

However, the arrival of virtual reality (VR) marks a paradigm shift in remote work.

In VR language, ‘presence’ refers to the effect of feeling that a human being is really next to you. Previously, there was no need to apply a name to this because we took it for granted—it’s the difference between a video call and a quick meeting in the huddle room. Also, we had no way to replicate it within the digital realm.

Now we do. Presence is what VR delivers in any space where you can sit down and put on a headset. This is a game-changer for remote work. After a series of VR meetings, remote workers will feel like they know their teammates on a fundamental level and vice versa. Rather than seeming like hired contractors, remote employees will feel like the integral team members they are, which is deeply important to the bottom line—companies with highly engaged workforces are 21% more profitable.

However, presence isn’t the only component that’s missing from remote work—there’s also the energy produced by shared space. Fortunately, VR can take care of this as well.

In an exciting meeting, there’s a palpable charge to the space itself, a sense that a collective mental effort is forming in the air. This can’t quite be conjured on a Zoom call, even though good work can be accomplished. That can lead to remote workers feeling both emotionally and physically isolated.

By contrast, VR offers the ability to create an infinite number of virtual offices, which can place remote and on-premise workers in the same place. These spaces can range from regular conference rooms to meeting spaces in beautiful virtual landscapes. Also, since space isn’t scarce, content can always persist between meetings. For example, sketches made during a meeting about a new UX design can always be left up for the following discussion because there’s no need to clean up for someone else using your conference room.

Additionally, VR space allows you to do things that aren’t possible in physical reality. A few examples include scaling objects up and down and teleport through space. Thus, VR meeting rooms are not only equivalent to real-world spaces but are, in some ways, superior.

The benefits of these meeting rooms don’t just extend to your workforce. They also extend to a global clientele.

The power of presence in deal-making and high-touch consulting can’t be underestimated. It’s no wonder that 84% of top executives, according to Forbes research, prefer in-person meetings. However, the cost and time expenses of business travel can be estimated, and they are significant—assuming that travel is allowed under the present circumstances. As a result, enterprises face a compromise when dealing with global clientele: make sacrifices in the quality of connection or sacrifices of the pocketbook.

This is no longer the case. The latest generation of VR devices is commodity hardware with easy-to-use built-in software. They’re much less expensive than business travel, and the learning curve is essentially nonexistent. Thus, sending your global clients a headset is now an attractive alternative to traditional meeting methods. The only hassle involved is handling time zone differences, which, unfortunately, isn’t unique to VR.

So far, remote work has been a tradeoff—more freedom in hiring and more freedom for talent, in exchange for a feeling of connection. More potential clients, but less potential connection. Being able to work during an unprecedented disaster but incurring disastrous effects on productivity. These tradeoffs no longer need to be made. VR is the only technology that can provide all the advantages of a global workforce while keeping your team truly connected.

This implies that to remain competitive, firms that operate globally will inevitably adopt VR to retain coherence and team spirit even when they’re dispersed across the globe. 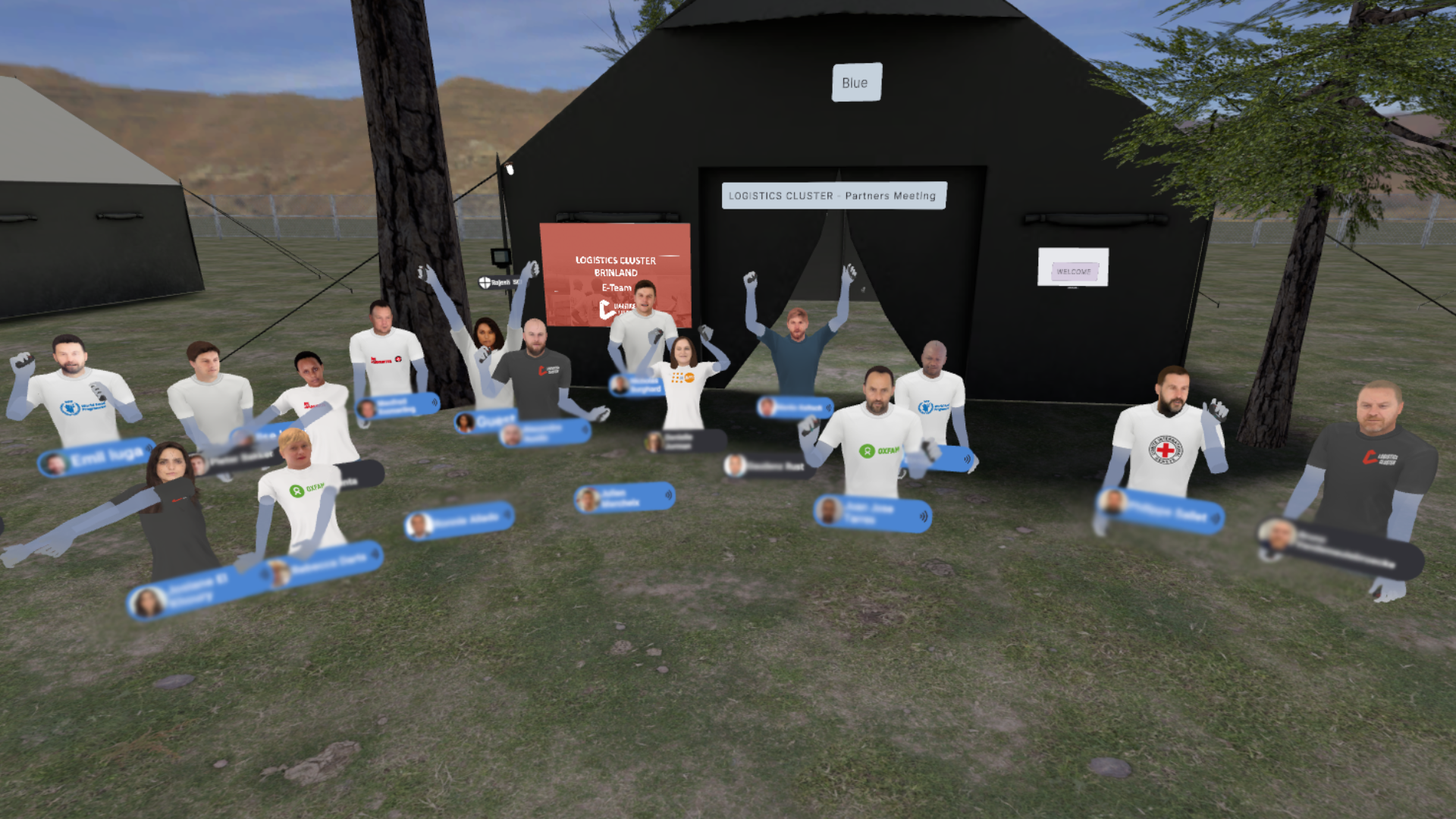 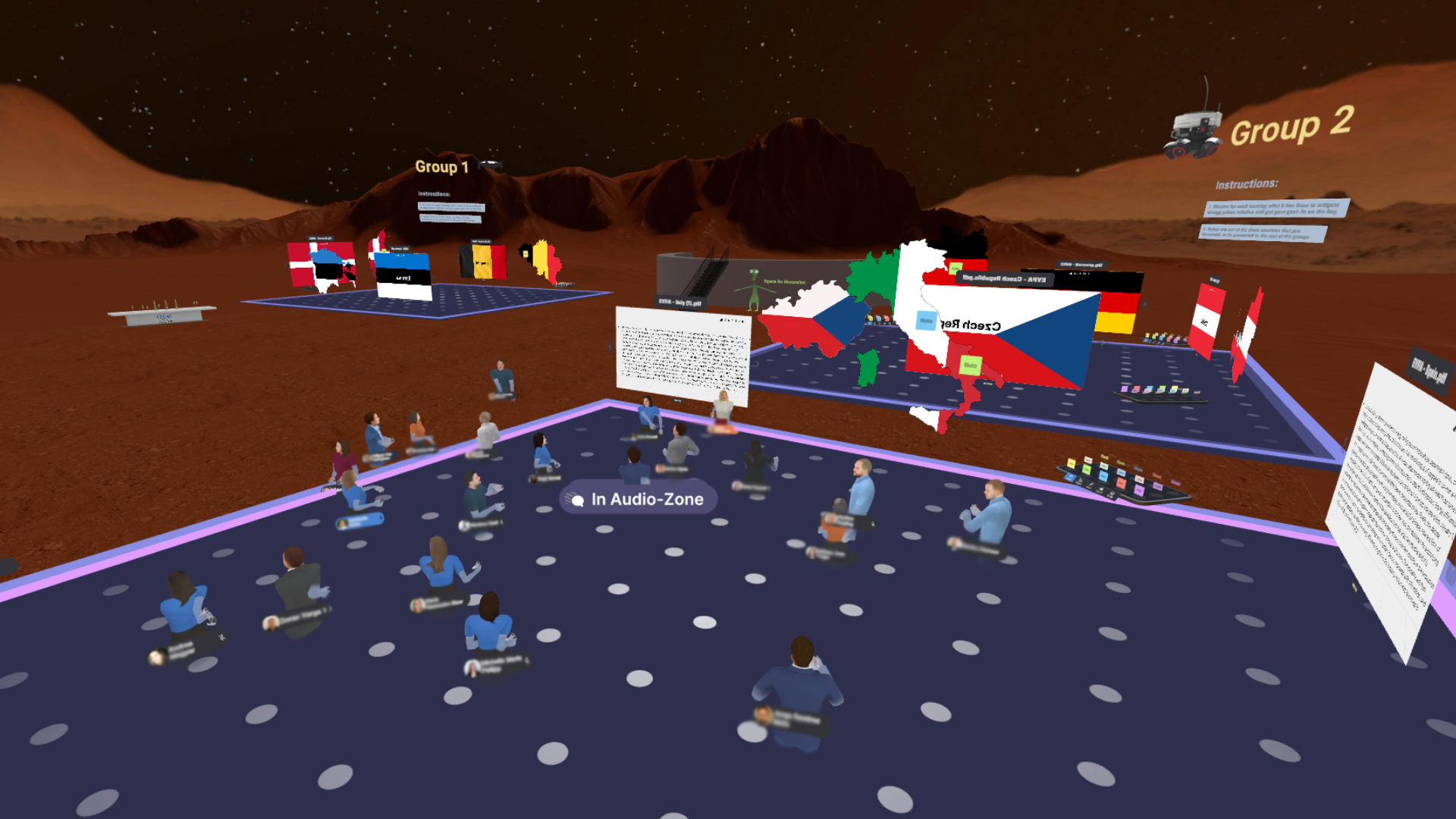